Out of the Ashes of Chaos Begets a New World Order 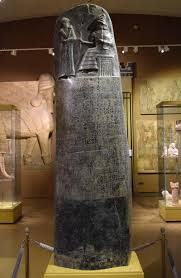 Is it the end of the world as we know it? Having spent countless hours reading, what I term are "unorthodox philosophical ideologies" while contemplating the meaning of life and what being human entails , I now wish to share information not found in mainstream academia.   If we consider the various prophecy within cultures such as Mayan, these, as well as other cultures claim we are waiting for the return of someone or for something to occur. Very similar to those beliefs are the Abrahamic prophecies which foretell the return of a godlike individual who will bless the righteous and condemn the wicked. Within this article I hope to share evidence of a coming change which some may know as a "Golden Age" while others may call it "New World Order”. Some know as a shift from the piscean age, and into the age of Aquarius. May be what most Christians refer to as "the new heaven and the new earth" in which they await.   Next  I share, what may be the physic
Post a Comment
Read more